Crispy baked potato skins are loaded with cheddar cheese and bacon and then dressed with green onion, parsley and chives and served with sour cream. A classic appetizer, loaded potato skins are sure to bring smiles whenever you serve them!

Why you're going to love this!

How to make it

Heat your oven to 400ºF and then wash and dry your potatoes. Using a fork, pierce the skin of the potatoes several times all over then place in the oven directly on the rack. Bake for 40-60 minutes (depending on the size of your potatoes) then remove them from the oven and immediately slice them in half. Increase your oven temperature to 425ºF to be ready for the next step.

When the potatoes have cooled enough so you can handle them use a spoon to scoop out the insides of the potatoes leaving about ¼" behind on the skin. Brush the insides of the skins with oil and then season generously with sea salt and fresh ground black pepper. Place the skins on a rack set inside of a baking tray and bake in the oven for about 20 minutes or until the skins have crisped and begun to brown.

Piercing the potatoes all over with a fork allows for steam to vent while they are cooking and after the potatoes are halved. These two steps are important in getting the crispiest skins on your potatoes.

Placing the potato skins on the rack while they bake allows the air to circulate and the bottoms to crisp.

Don't waste the insides of the potatoes that you scooped out! Save them and use them to make mashed potatoes.

If you liked these crispy loaded potato skins, you might want to check out some of our other tasty and sharable appetizer recipes! 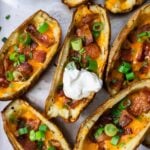 Prepare and cook the skins 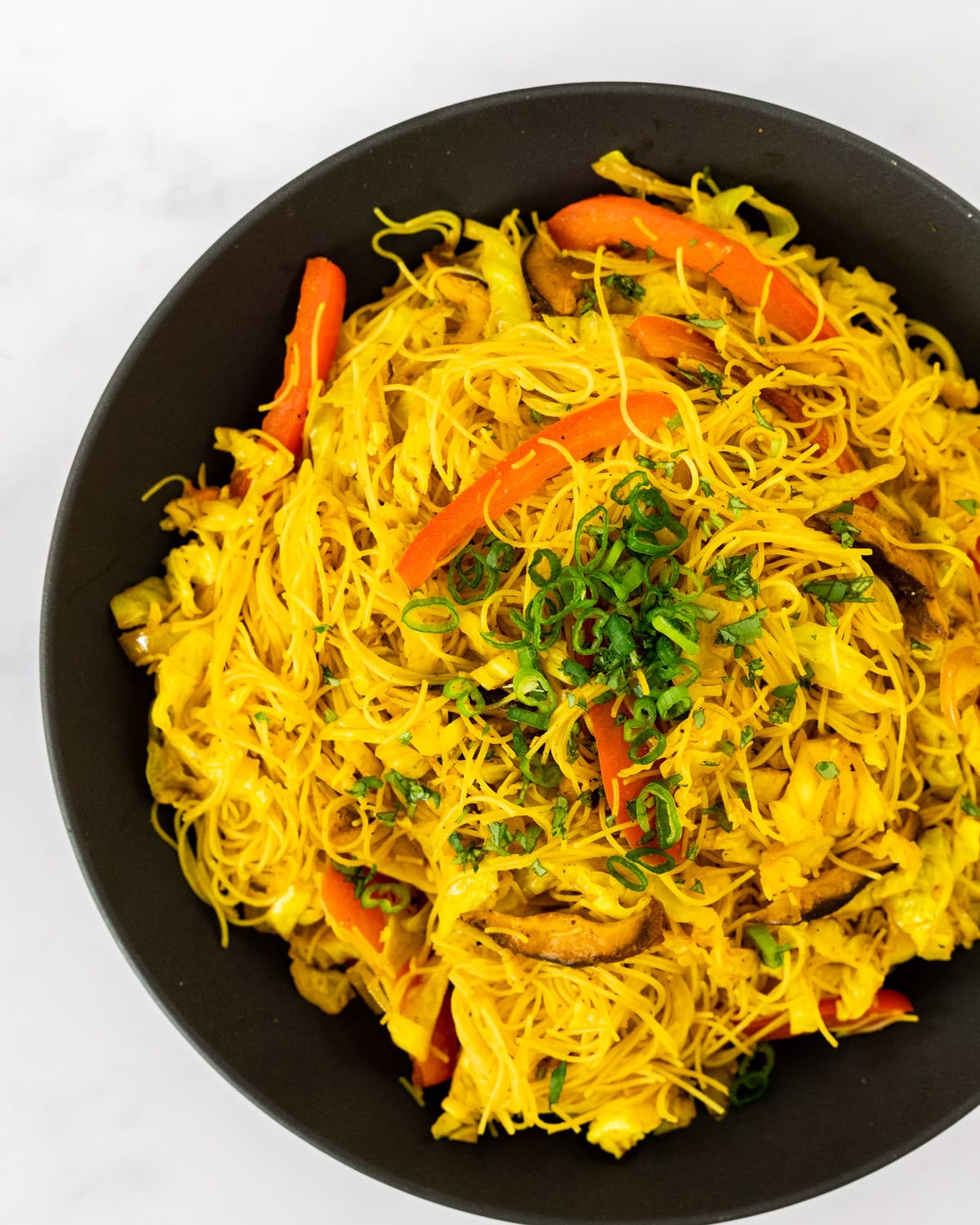